Scroll inspired by the Book of Kells

I made a scroll for a Nordmark award, Vita Portens Väktare that´s given out for fighting and fencing for Abel Grelsson. I don´t know him so well but I was told he play mostly viking or renaissance so I chose to try to do a scroll based on the Book of Kells for him something I had not done before. I used some different folios as inspiration and decided to make it in the same format as the original.

The folios I used for inspiration was: folio 127v 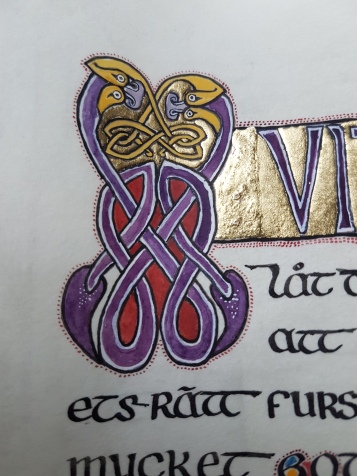 A detail from folio 125r and my version of it:

They can all be found at Trinity college Dublins homepage.

Before I started I had to practice the calligraphy style since it´s quite different from my regular writing. Then I made text, followed by the illuminations and then I realized I had forgotten the gold so the guilding did not turn out as I would have liked it to do but I did not have time to start all over again. I finished the scroll by decorating the text and it was fun to try this style but I don´t think I will do so many Book of Kells inspired scrolls. I really don´t like to do celtic knots…. 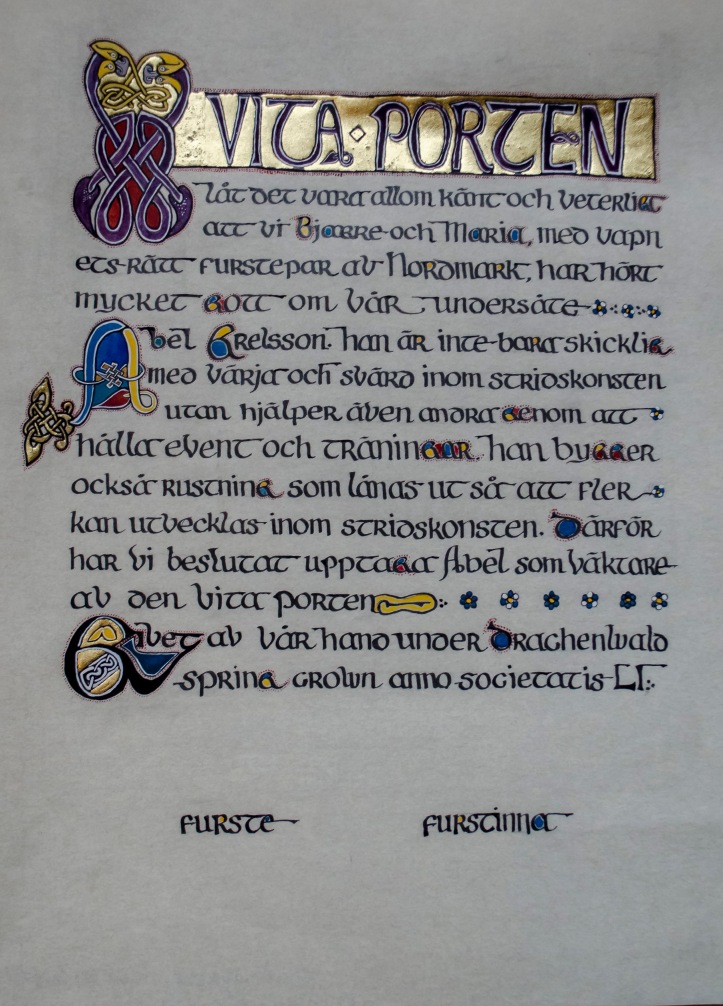