I made two scrolls for Cudgel Wars to be handed out by our prince and princess of Nordmark. This post is about Nordmarks sparre made for Master Vilhelm Torbjörnsson.
The scroll is inspired by Mira calligraphiae monumenta, and the folio named Damselflies.

The following information about the Mira manuscript can be found on The J. Paul Getty Museums page of their museums collections database.

“In the 1500s, as printing became the most common method of producing books, intellectuals increasingly valued the inventiveness of scribes and the aesthetic qualities of writing. From 1561 to 1562, Georg Bocskay, the Croatian-born court secretary to the Holy Roman Emperor Ferdinand I, created this Model Book of Calligraphy in Vienna to demonstrate his technical mastery of the immense range of writing styles known to him.

About thirty years later, Emperor Rudolph II, Ferdinand’s grandson, commissioned Joris Hoefnagel to illuminate Bocskay’s model book. Hoefnagel added fruit, flowers, and insects to nearly every page, composing them so as to enhance the unity and balance of the page’s design. It was one of the most unusual collaborations between scribe and painter in the history of manuscript illumination.

In addition to his fruit and flower illuminations, Hoefnagel added to the Model Book a section on constructing the letters of the alphabet in upper- and lowercase.

The folio is 16,6×12,4 cm, quite small in other words. My scroll is made of a piece of pergamenata that have the same size as a A4. The material that was used on the folio was watercolors, gold and silver paint, and ink on parchment. 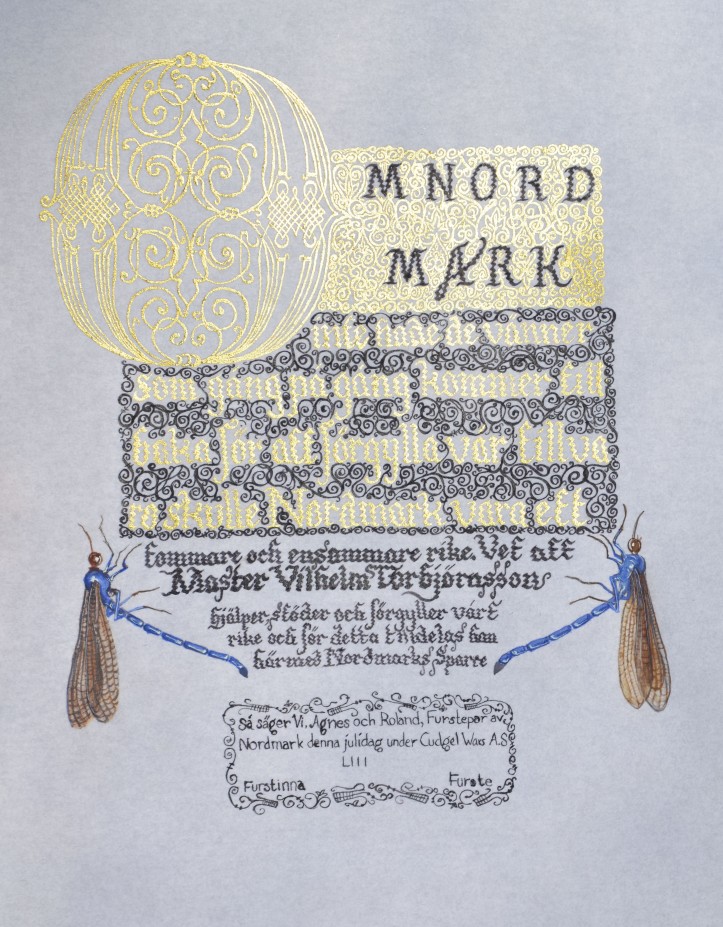 I used iron gall ink, bronze powder mixed with gesso and ultramarine blue made from lapis lazuli, ocher from my garden, titanium white, black and madder red. All paints, the ink , gesso and quills used when making this scroll are made by me. My goal is to try and make all brusches and pigments myself for the paints I use. I also will try and make a period scribing kit after a painting I have found. 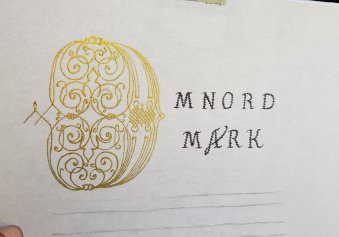 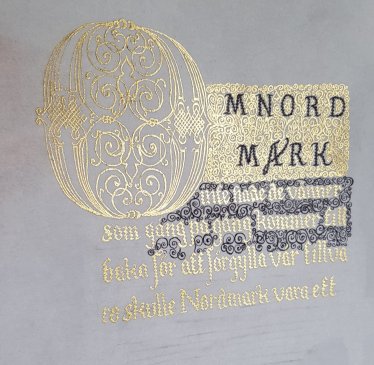 The bronze powder is mixed with gesso and added with quills just as on the Salladins ring scroll that I also made for Cudgel Wars. Since real shell gold requires a lot of gold my wallet and I will stick to bronze powder when this amount is needed. The most challenging with making this scroll was figuring out the patterns on the O and the background and figuring out how to do the calligraphy.